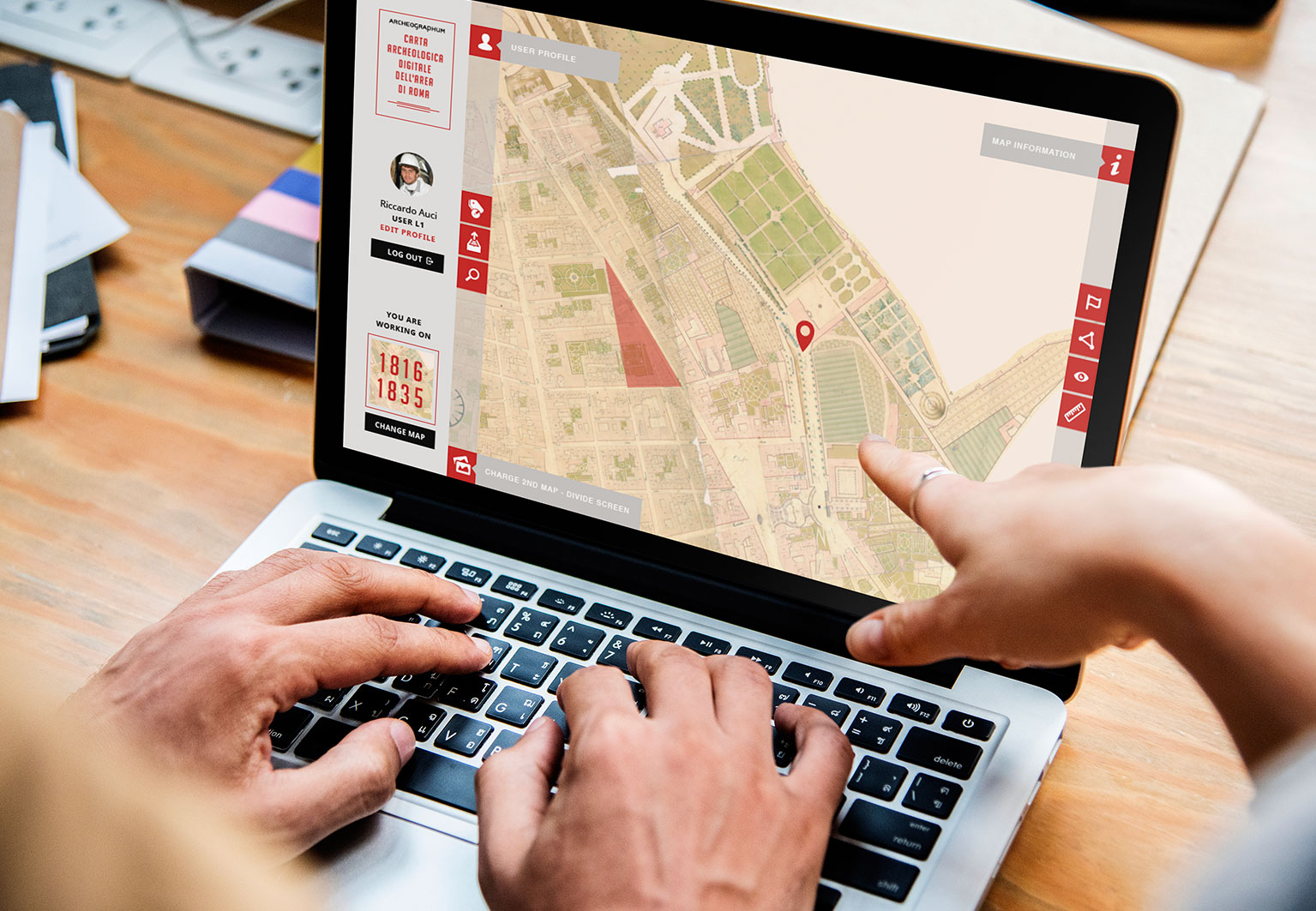 The Pincian Hill, located north of the Quirinal, is one of Rome’s most popular and touristic areas. In addition to offering a beautiful panoramic view, it is a historically and culturally rich area that has witnessed the city’s evolution from Imperial times to the present day.

Consequently, the Pincio presents a complex stratification that has been faithfully documented in the cartographic testimonies. To analyze its topographic, historical and urban characteristics, Visivalab has designed the ARCHEOGRAPHUM, a software that allows studying and comparing the hill’s cartographic supports from different periods. 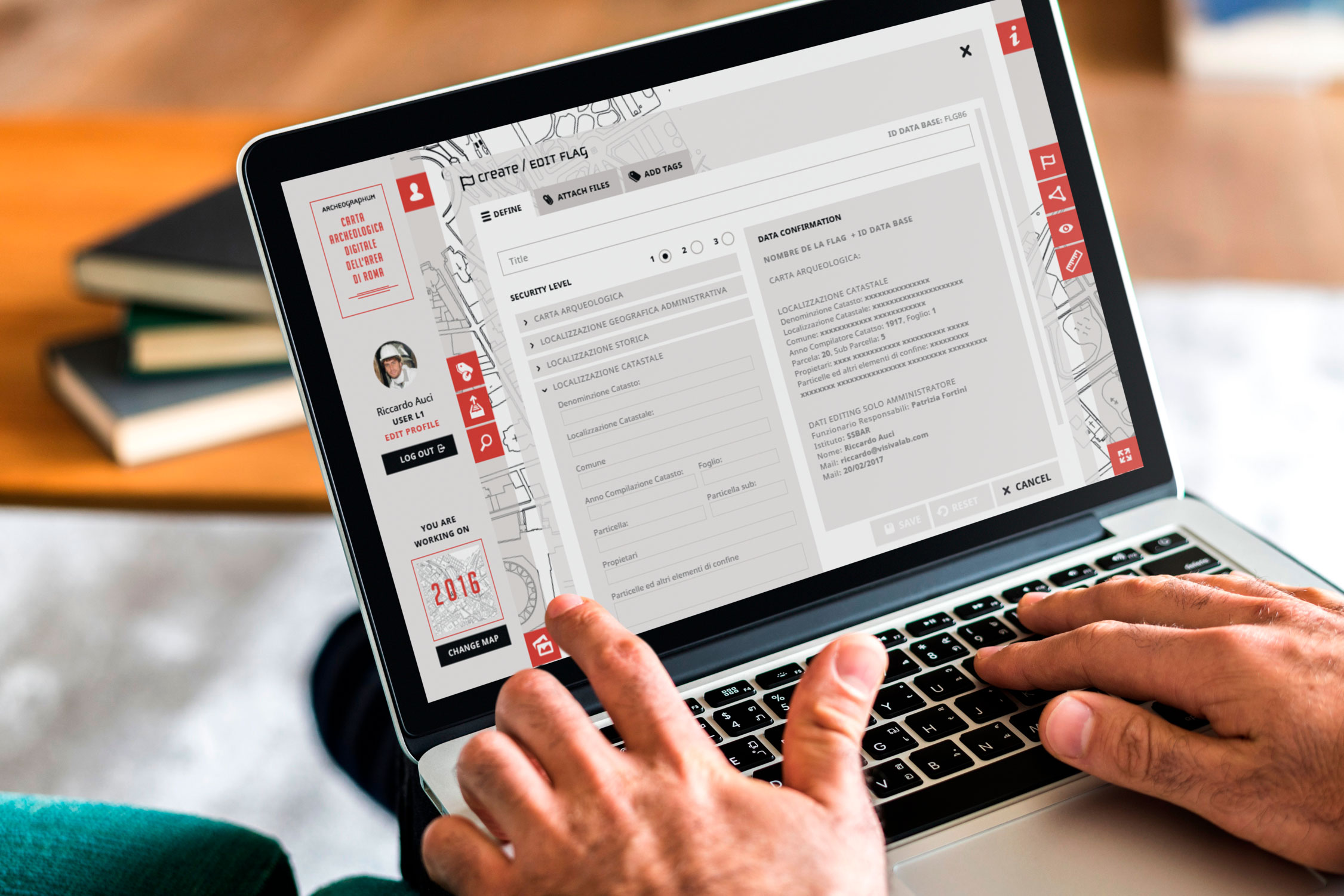 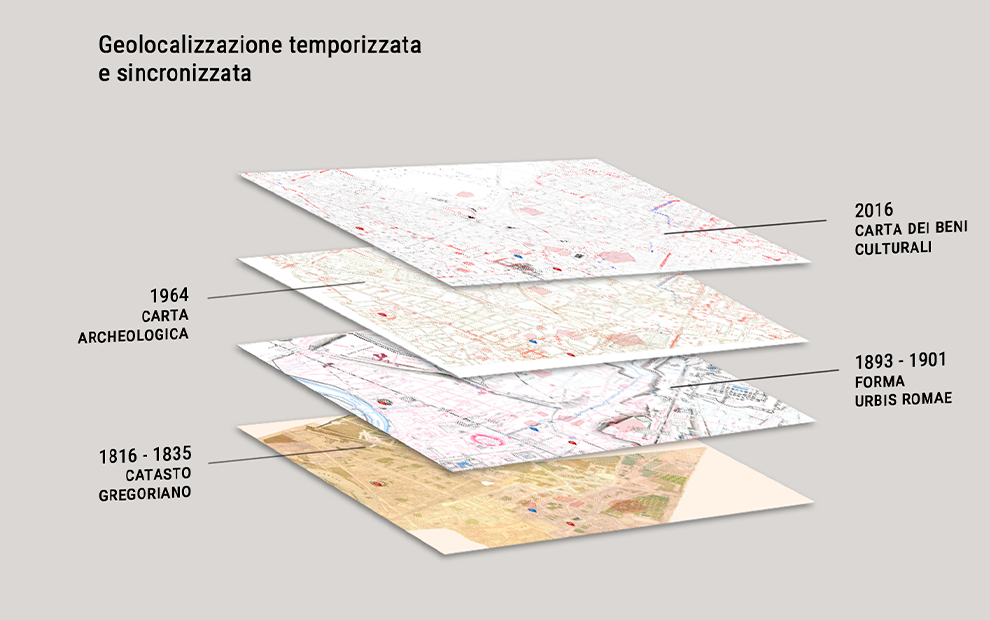 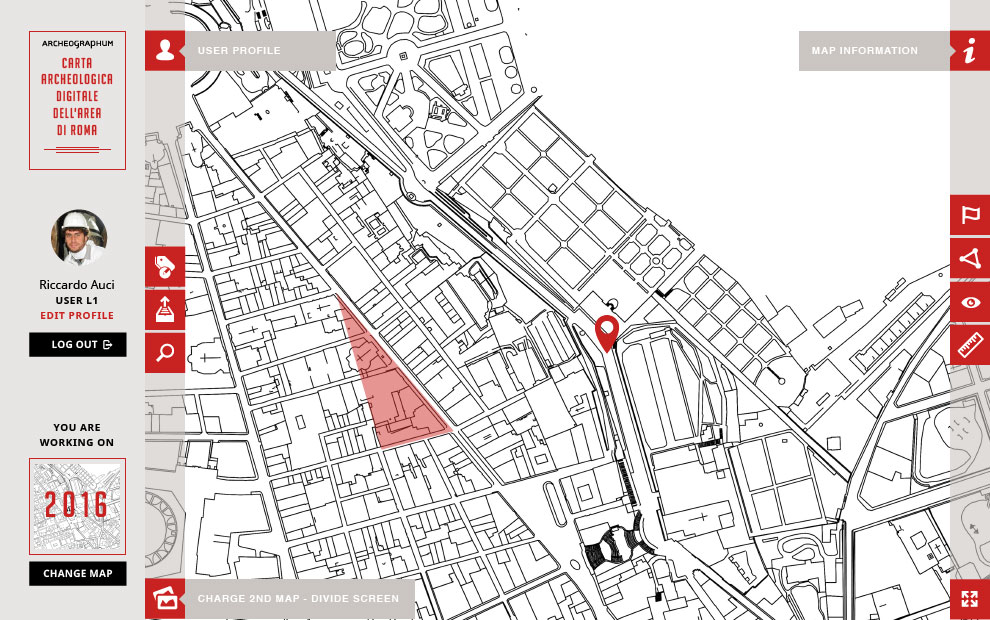 Initially, the Pincio was not one of the seven hills of Rome. It was urbanized at the end of the 3rd century AD when it was included within the Aurelian walls and, from this moment on, the hill was increasingly involved in the city’s urban growth.

To understand the anatomy and historical role of the Pincio, Visivalab has developed a software called ARCHEOGRAPHUM, which uses old and actual cartography to study the evolution of the hill over time. This platform was originally conceived and designed to support the restoration activities of Qasr Amra Castle in Jordan.

ARCHEOGRAPHUM is a tool that offers innumerable advantages for the study, research and conservation of cultural and historical heritage. It enables quick and intuitive access to an incredible amount of data, ensuring an in-depth and accurate analysis.

The software studies cartographic documents through georeferencing and comparing the supports from four specific historical periods that testify to the Pincio’s evolution:

The platform allows the user to overlay different maps and compare their plants by placing them next to each other in tables and quadrants,  especially highlighting their archaeological and urban stratigraphy.

ARCHEOGRAPHUM thus constitutes the basis for creating a Multimedia Archaeological Map based on cadastral maps and the material produced by the Soprintendenza.The system is designed to include new topographic information georeferenced by flags and polygons. New data integrates into the existing database and also can be looked up in the cartographic supports. 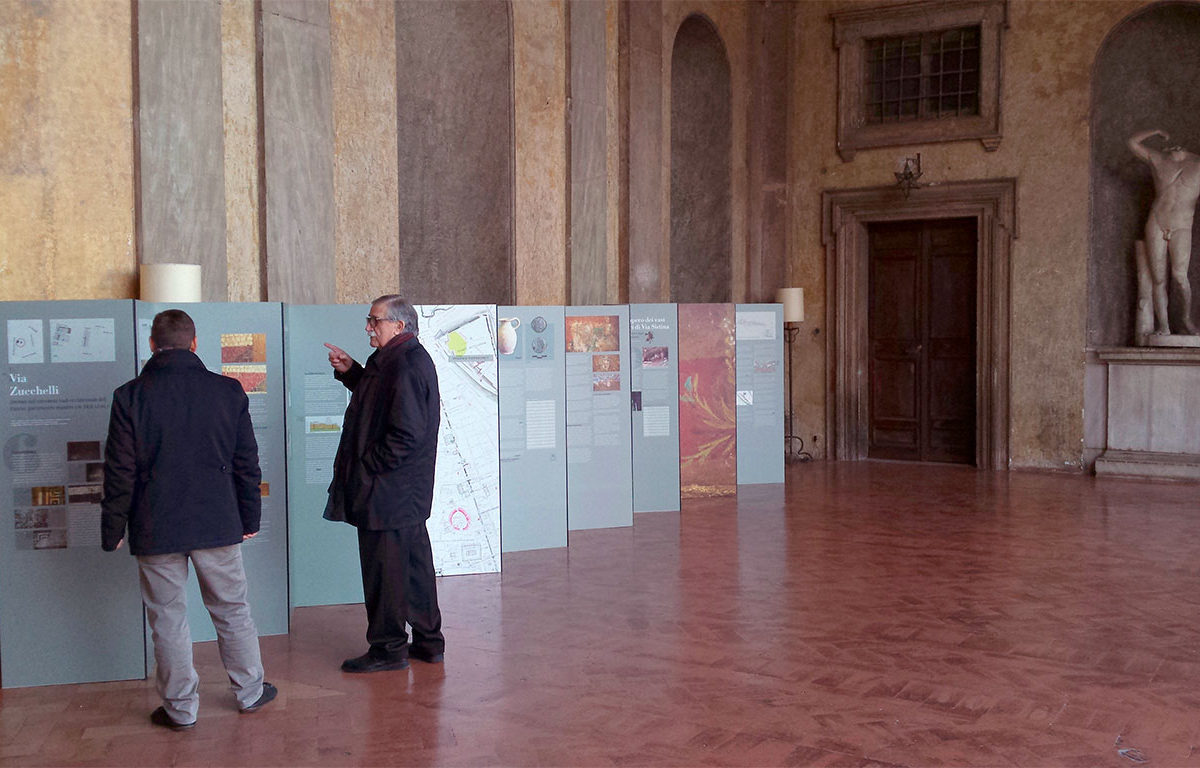 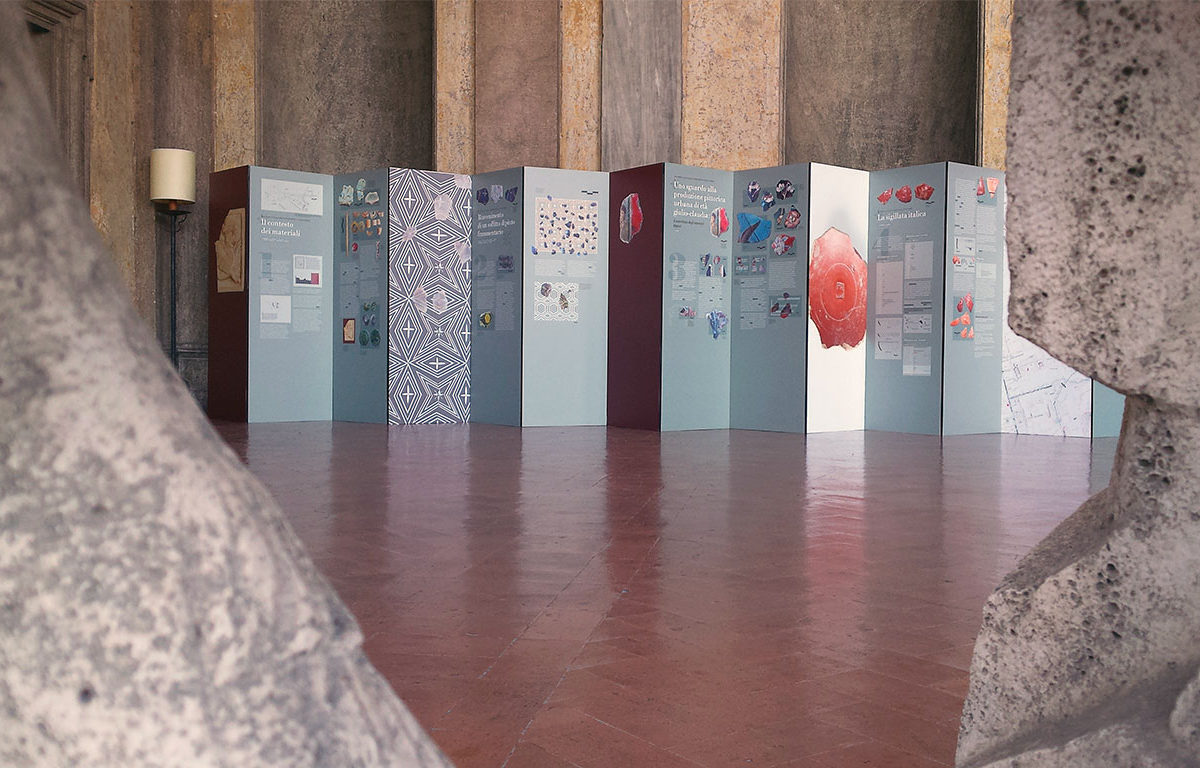 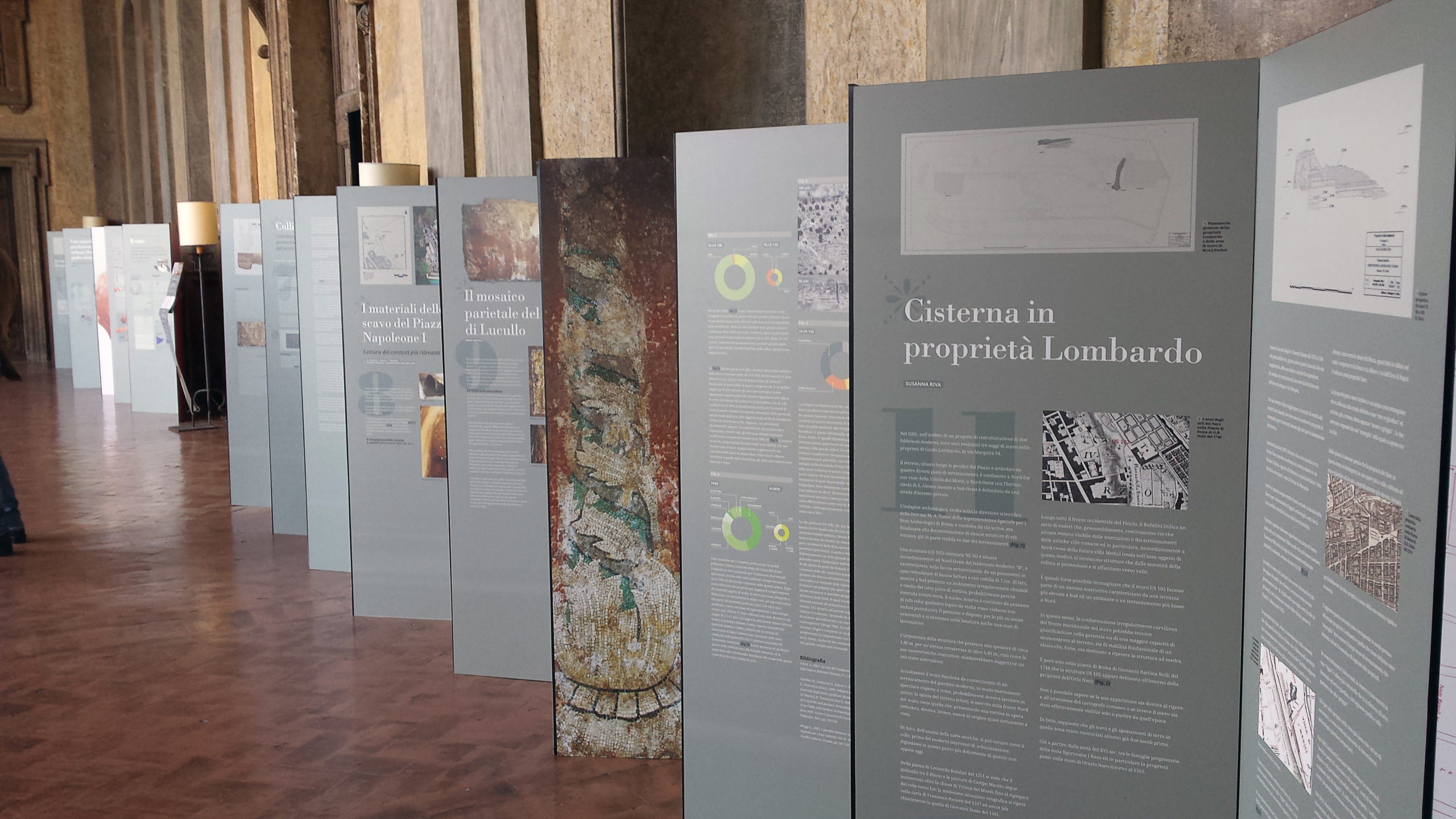 The Pincio’s ARCHEOGRAPHUM is equipped with an interactive digital cataloging system that allows scientific material to be archived, managed, consulted and shared.

Users are hierarchically managed to guarantee the security of sensitive data. They can view the information available based on their rank and the actions they are authorized to, for example, research, design, or improvement tasks.

The platform has two browsing methods:

Finally, we developed a parallel exhibition so the general public could be part of the project. The exposition was structured through panels with accessible and plain language, making it suitable for non-experts hence the content created by the ARCHEOGRAPHUM and its possible future applications could reach the maximum number of people possible. 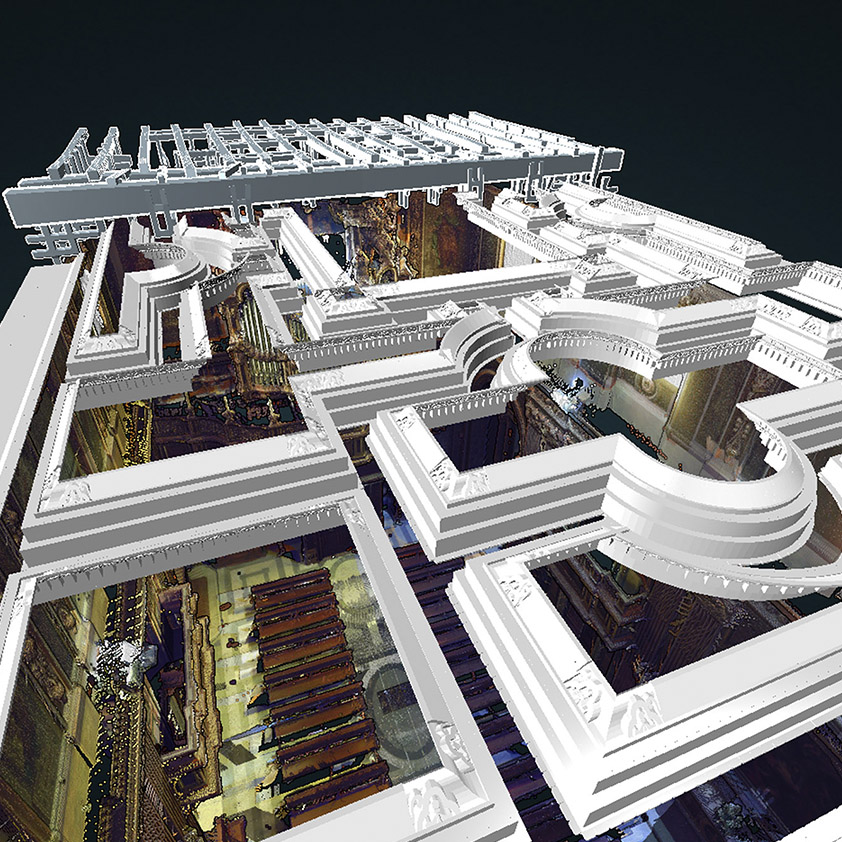 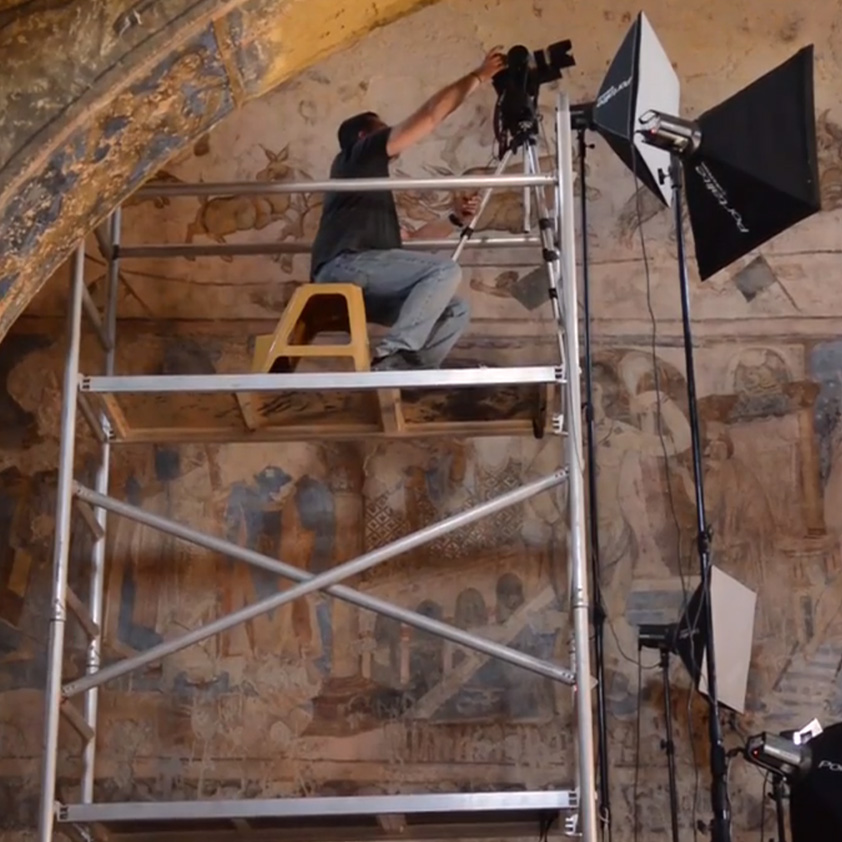