In September 2018, the Chapel of the Holy Shroud of the Musei Reali di Torino finally reopened after undergoing one of the most complex and demanding restoration campaigns. Nonetheless, the efforts were rewarded: in 2019, the project was granted the European Heritage Award / Europa Nostra Award, the continent’s most prestigious award in the conservation category.

On the occasion of the inauguration, we created a storytelling video about the monument’s history. We were also in charge of designing the exhibition dedicated to the chapel and its restoration project in the Galleria Sabauda, for which we constructed an immersive experience with Virtual Reality stations, where the building’s architecture and its geometries become alive.

The Chapel of the Holy Shroud, a masterpiece of Baroque architecture, was designed by Guarino Guarini to house the greatest relic of Christendom. In 1997, a disastrous fire caused extensive damage to the building, to the extent of raising the question of whether the structure would survive.

Due to its complexity and sensitivity, the restoration was a real challenge: the works lasted more than 20 years and involved a significant investment of financial and human resources.

For the chapel’s reopening, in collaboration with Ribes Solutions, we took over the exhibition project for the areas adjacent to the chapel within the Royal Museums of Turin. Our mission was to convey the contents of both the history and the restoration of the structure in an innovative and engaging way. 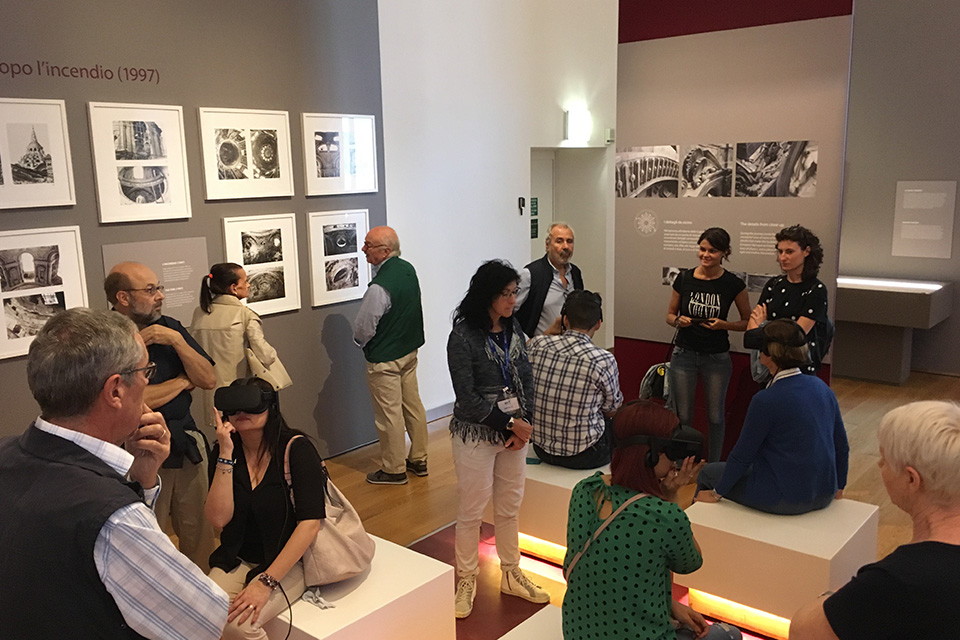 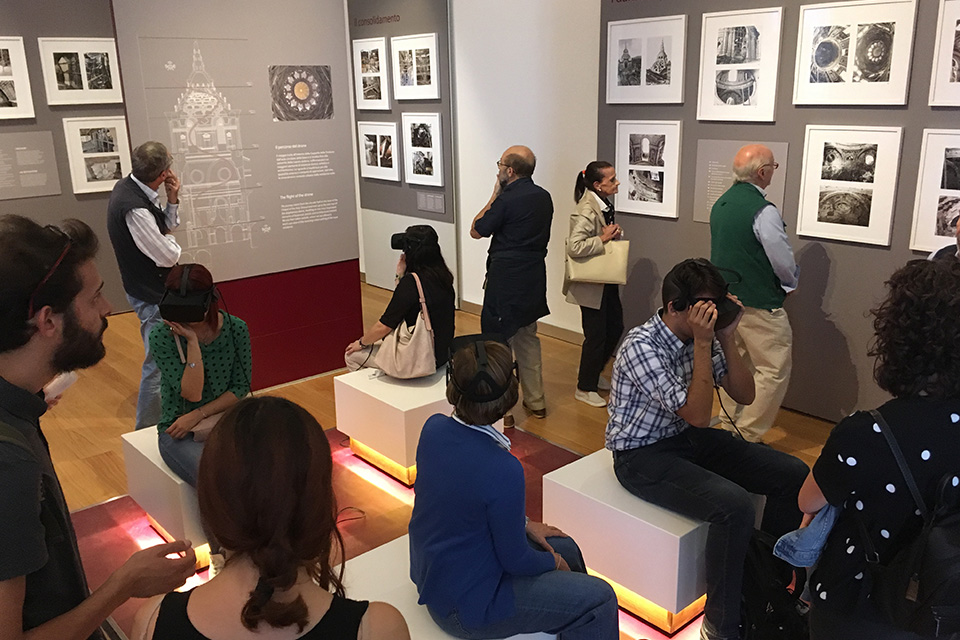 Immersive experiences significantly optimize the assimilation of knowledge and allow customizing the pace of learning while leaving a unique and unforgettable memory.

With this in mind, we have produced a Virtual Reality experience for the Chapel of the Holy Shroud with special VR goggles called OCULUS GO, which play videos with a very high level of detail and high-definition optics.

We created a video where the geometries of the chapel take volume in 360 images and the distinctive elements of the building appear gradually as the narrator talks about them. The floor animates with textures while the architecture comes to life rhythmically, an effect achieved with the modulation of the drone’s speed.

The video starts inside the walls with a wireframe render of its volumes, a graphic technique that overlaps lines with the actual reference image. Then it becomes a 3D reconstruction that eventually merges with an aerial view that takes the visitor to a panoramic that shows how the complex inserts into the city.

To achieve this, we filmed and photographed the interior and exterior of the chapel, using both traditional techniques as well as drones, motion graphics, sliders and cranes. We used a laser scanner to obtain the volume surveys required for the monument’s three-dimensional reconstruction.

The design of the VR station combines wooden elements with a LED lighting source placed on its base. We opted for a technical floor that would mask all the hardware power cables.

To accompany the immersive experience, we designed panels with images, texts and graphics explaining how the VR video was conceived and prepared. The installation works as an introduction for what the visitor is about to watch while it entertains the audience when all four VR stations are busy.

For the antechamber of the VR install, we conceived an informative totem equipped with an audiovisual with lively storytelling that blends harmoniously with the specific context of the Museum and carries on its institutional style and graphic identity.

The film we produced tells the story of the building and its architecture, from its origin to the fire it endured and the restoration process. So it contextualizes the chapel within the history of the Savoy family and the city of Turin. 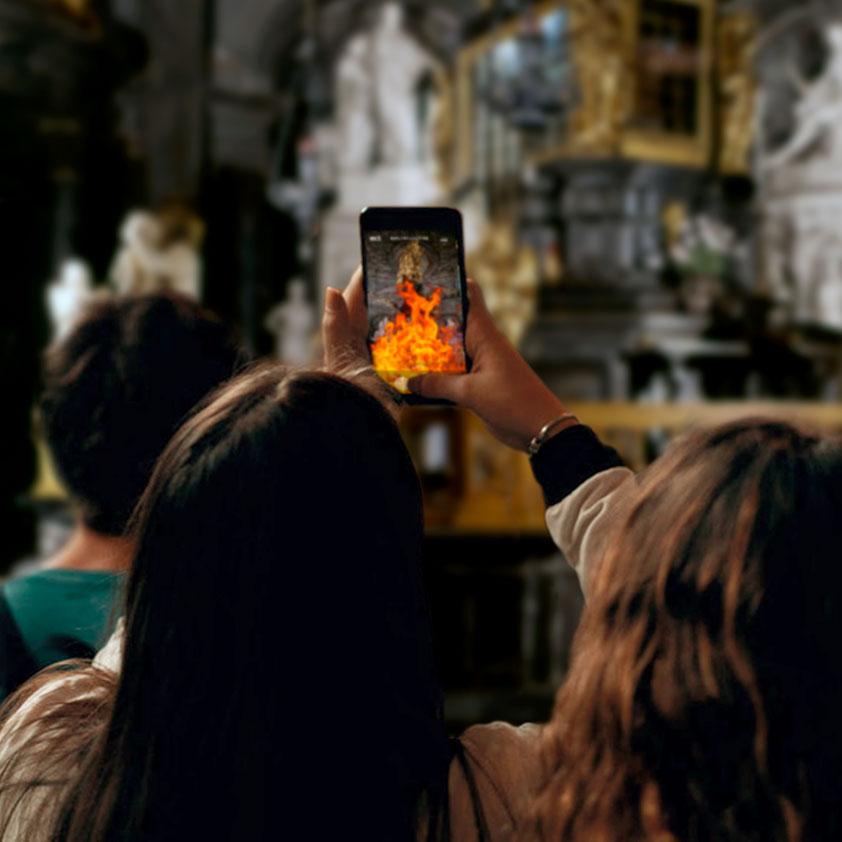 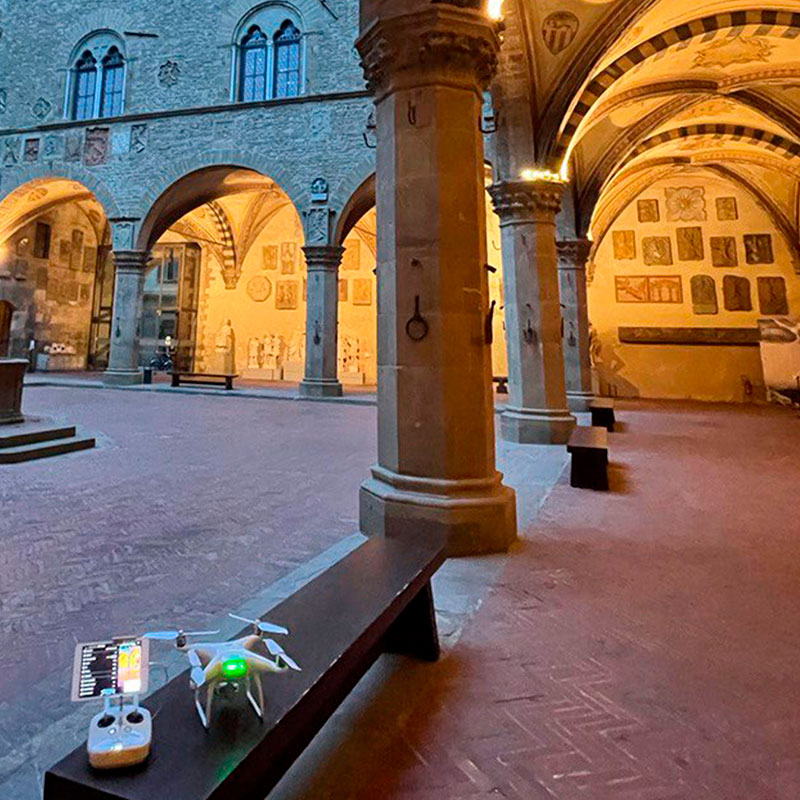 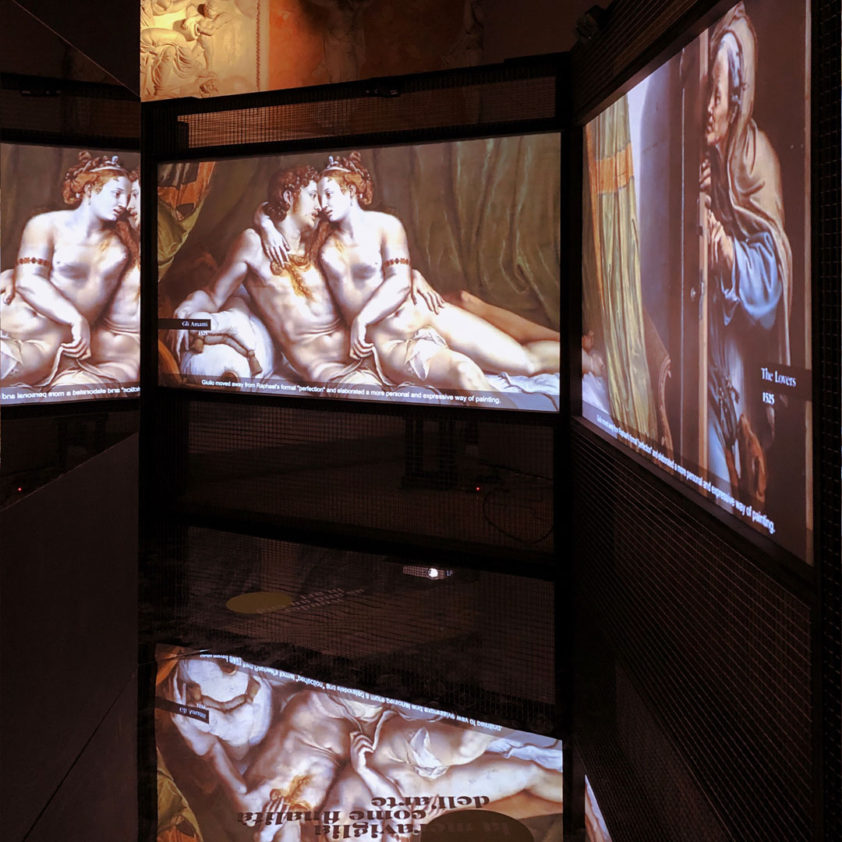